In a four year story of twists and turns, the most recent development of the Flint Water Crisis is that the state of Michigan has indefinitely suspended free bottled water for Flint residents because “Flint’s water is now well within the standards set by the federal government,” per Governor Rick Snyder in a press release. Federal regulations require that any lead in drinking water remain under 15 parts per billion and Flint has been at 4 ppb since the start of 2018. However, the majority of the eroded pipes that originally deposited their lead into the water (again, 4 years ago) have not been replaced—only 6,200 to date— which means there is potential for the corroded pipes to taint the water at any time. Suitably, the state of Michigan plans to replace the water lines in at least 18,000 Flint homes (in a city of 100,000 residents) by 2020. 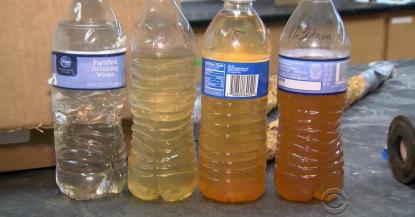 While this may count as progress for some people, Governor Snyder and the state of Michigan continue to overlook the elephant in the room: Flint residents are being exploited for economic gain— paradoxically, they are obligated to pay their water bill at a price that is often higher than before— and are presently caught in the middle of the ocean without a life vest because water lead levels appear to be stable at this time. After all, let’s remember how this crisis started in order to understand its current state: In 2014, city of Flint officials attempted to save its budget by switching Flint’s water from a Detroit source to the Flint river— nevermind the fact that they knew the toxic history of the Flint river at the time of their decision, or that it hasn’t been a reputable source for drinking water in decades, or that they sent unfiltered river water into Flint homes regardless of these facts— rather, I’m more concerned with how quickly Flint residents were sold out and used to cut corners in order to save an overspent budget. And now that it costs more money to reconcile the damages (again, 4 years later), all of a sudden the state is no longer willing to supply bottled water because of lower lead levels for 3 months.

No. This is unacceptable. There is still the threat of immediate danger until all pipelines in the city have been replaced. Snyder’s recent move to discontinue the state’s bottled water donations is extremely short sighted considering that he is continging the ability of a 4 year crisis to be culminated in a 3- month span where the majority of the same eroded pipes are still responsible for transporting water. It is mind boggling to understand how or why this decision was made. 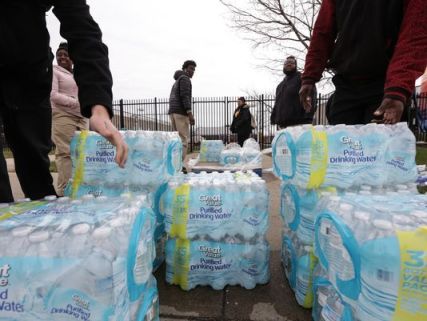 If anything, the water donations can stop in 2020 when the state fulfills its promise of replacing Flint’s infrastructure. But clearly, Snyder’s decisions have never been about the people of Flint— they have been about money and trying to save an indebted city on the backs of majority Black and brown folks. Ironically, Snyder recently okayed a water deal with Nestle allowing the largest owner of private water sources in Michigan to pump 200 gallons of fresh water per minute from the state’s water reserves. Gee, can this generosity be extended to Flint? Snyder’s deal is very aggressive and practically grants Nestle unlimited access to clean, drinking water. Most likely, Nestle will bottle and package the water into cases and stock grocery store shelves with water they could be donating to Flint. Or, water that the state could continue to supply residents.

Again, cash cropping the city of Flint’s budget and the state of Michigan’s water sources at the expense of Flint residents is repugnant at best. It implicitly and explicitly informs Flint residents that their predicament is not profitable, and therefore irrelevant because it is easier for the state to use them to save or make money as opposed to spending money on them. This is an example of systematic racism and classism. Flint is being taken advantage of because most of the residents are poor and Black. Flint is situated in a justice system that disproportionately and negatively impacts its situation. Flint has made it increasingly clear that elected officials (i.e. Governor Snyder) do not equally serve all people nor do they need to act accordingly in order to retain office. Quite honestly, if this is what a just legal system looks like… if this is what elections produce… if this is how poor, Black people in this country are routinely treated, then I have far-reaching grievances and reservations about the propagated myth engrained in this country being “one nation, under God, indivisible, with liberty and justice for all,” per the pledge of allegiance.
And as a resident of Flint Township who has family and friends living in the city of Flint, I am angry that such egregious acts on Governor Snyder’s part have been legalized, normalized and rewarded with his continued presence as a government official who has undergone no penalty for his actions. I hold Snyder responsible above other local officials who may have been penalized because a) they answer to him. He is their leader and b) Snyder continues to act against the residents of Flint with a lack of remorse. I am frustrated that commercialization and exploitation is apparently more important than pieces of humanity having access to clean drinking water. To make matters worse, state police report that people from outside the city of Flint are entering Flint to claim water that even Flint residents are losing their rights to. My goodness, enough is enough; I am disheartened that the crisis continues to have new developments, none of which presently help the situation but only further delay a city-wide replacement of infrastructure. I am perplexed by having to write a “4 years later…” article about an atrocity that is proven to be founded on systematic racism and disguised as illy executed budget cuts. At this point, Flint residents have been reduced to the hope that they have for a system that has severely failed them. I hope that Governor Snyder, at least one time, can act in the best interest of Flint residents because the last thing that I want, is to be writing  “5 years later…” next year.